Raden Saleh Syarif Bustaman was born in 1811 into the noble Indonesian Regent family of the famous Kijai Ngabehi Kertoboso Bustaman (1681-1759), directly related to the Mataram Kingdom and Sultanate, just as his 1st cousin Dr. Dr. George H. Hundeshagen, founder and chairman of the Raden Saleh Foundation. 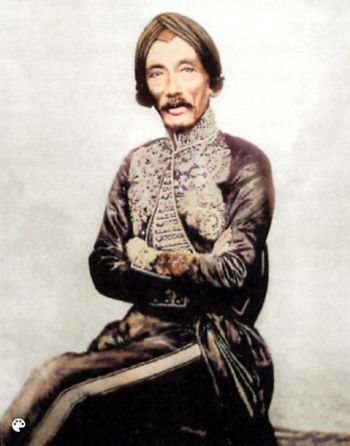 The Bustaman family encompassed 20 Regents and at least 7 Regent families throughout Indonesia, and is remembered for their heroic support of Prince Diponegoro's struggle for independence.

Our family suffered tremendously because of their devoted support of Pangeran Diponegoro, as Raden Saleh's cousins Raden Sukur and his brother (also by the name) Raden Saleh, sons of the celebrated and beloved Regent of Semarang Kyai Raden Adipati Suryamangalla, also fought on the side of Prince Diponegoro.

Because of this, Raden Sukur's father and his brother both were arrested by the Dutch in 1825 and sent into exile.

He was the first Indonesian artist to paint in the Western style, and the fact that he expressed individuality and creativity in his paved the way for all future Indonesian artists to express their own ideas more freely.

It was from Kruseman that Raden Saleh learned his skills as a portraitist, and he was received at various European courts where he was commissioned mainly to do portraits. From 1839, he spent five years at the court of Ernst I, Grand Duke of Saxe-Coburg-Gotha, who became an important patron. From Schelfhout, Prince Raden Saleh learned the skills of a landscape artist. 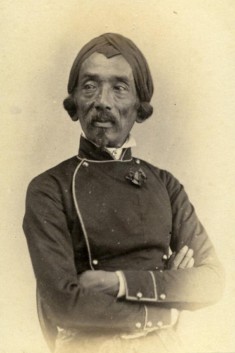 Raden Saleh visited many European cities, as well as Algiers. While in The Hague (Netherlands), a lion tamer allowed him to study his lions, and subsequently wild animal scenes brought Raden Saleh great fame.

During his stay in Europe, Raden Saleh met with many important painters and artists, such as Eugene Delacroix.

In 1839 Prince Raden Saleh painted one of his masterpieces named “Lions and Snake”, which symbolizes the eternal fight of good against evil, and Delacroix painted a very similar theme called “Tiger and Snake” in 1862, again twenty-three years after the Raden Saleh original.

Raden Saleh returned to Indonesia in 1851, having lived in Europe for over 20 years and subsequently married into the family of the powerful Sultan of Yogyakarta. He continued to paint, producing portraits of Javanese aristocrats, and many landscapes.

Raden Saleh died on April 23, 1880, after returning from a second extended stay in Europe which he undertook to visit his family, the great-grandmother of Dr. Hundeshagen, one last time.

Ever since then Raden Saleh has been the celebrated and cherished Superstar of Indonesian arts, and already three years after his passing away his timeless masterpieces were displayed at the 1883 World Exhibition in Amsterdam in a special Raden-Saleh-Pavillon. 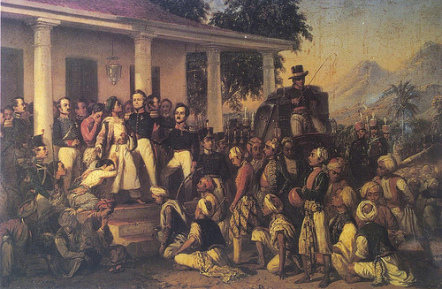 One of Raden Saleh's most touching creations is his oil painting 'The Capture of Prince Diponegoro' which was returned to Indonesia from the Royal Palace of the Netherlands in 1978.

It is now on display at the Museum Istana  Jakarta. In the painting, Raden Saleh deliberately made the heads of the Dutch big, a reference to their pomposity and arrogance, and also to make them 'laughable' figures in comparison with the well-balanced figures of the Indonesians.

The Javanese man covering his face with his hands, standing behind Prince Diponegoro, and the Javanese man standing with his head bowed in the crowd at the bottom of the stairs, are both self-portraits.
We are home to the largest and official collection of his works of art and media worldwide, and at the same time the most comprehensive source on Raden Saleh related topics and research information.

We are also proud and greatly honoured that the Government of the Republic of Indonesia and H.E. President Dr. H. Susilo Bambang Yudhoyono four years ago conferred one of the highest Indonesian awards, the ‘Bintang Mahaputera Adipradana' posthumously to Raden Saleh and us, his family, represented by the Raden Saleh Foundation. 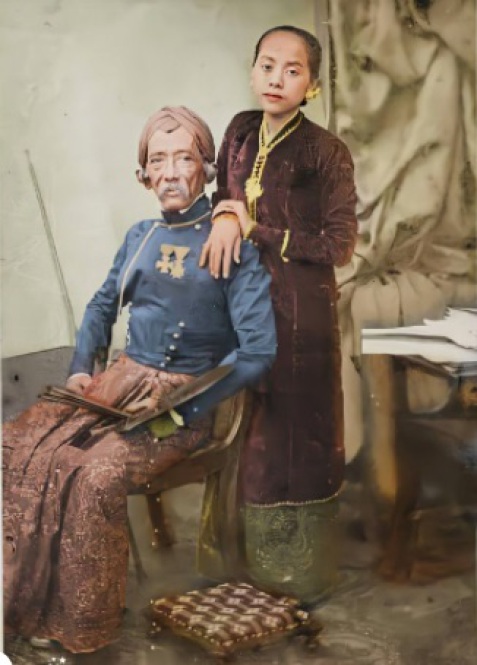 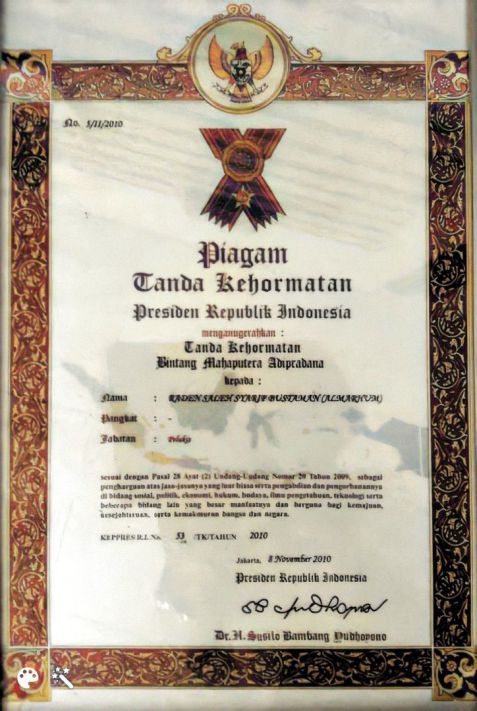